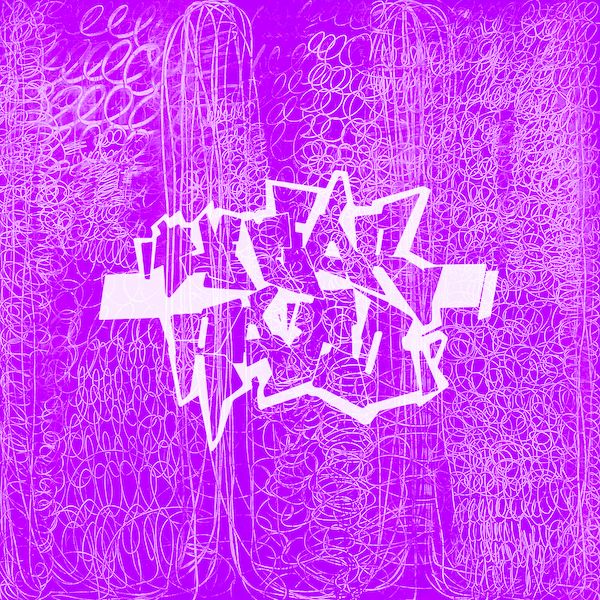 In their first outing since They Can’t Be Saved, released on Skam in 2020, they enlist British rapper King Kashmere, who features on two tracks. Where James Ruskin has appeared
on Tresor Records for his seminal albums Point 2, Into Submission, The Dash and his recent Siklikal EP, the only appearance of Mark Broom on the label is a 2002 remix of
The Golden Apple by Eddie “Flashin” Fowlkes.

The duo unveiled this new work and collaboration with King Kashmere in a live show for a 30th Anniversary event for
Tresor Berlin televised on Arte, performing amidst a battery of lights and fogged-up refraction. It demonstrated their
rough-hewn fundamentals, roving melodies and investigative power, newly advanced by voice.

Death Switch is the first appearance by King Kashmere, savaging questions on segregation and suering, encoding
into our brains the much-repeated refrain – “You wanna know, why they wanna flip the death switch“. Spinning Globe
captures Kashmere in a gritty flow over a swaggering beat, bouncing and resonant. This unsanded voice lends an
enhanced texture and tension to the highly-processed sonic palette of Broom and Ruskin, accumulating with innate mettle.

Elsewhere, Appi dredges depths as widescreen beats lurk, digital artefacts pave the way to a hauntingly melancholic
coda. Lacovset features singer Ella Fleur who has worked with Mark Broom on his solo release Fünfzig. It enacts a
pointillist gated vocal alongside dolphin-like percussive communications. On LFIVE, the duo embalms their sonic textures with digital eects that flutter austerely with
syncopation in the crosswind of a beat that recalibrates at points.

An urgency slowly draws in on title track Slinky through fizzing electronics and fractured drums all corroded. Eem
locates a semblance of euphoria, with a tranceinducing release led by swirling arpeggios. Closer KZAP finds
the calmest moment on the record, with its wafting, nebulous synths and swamped hip hop beat.

Slinky finds an ever-evolving project, The Fear Ratio shapeshifting by bringing in the voice into their work and
continually pushing with their incredibly-eected rhythmic styles and peculiar, wandering synthesis.