Skip to content
View basket “Many Any” has been added to your basket.

In 2016, talented artist Paul Cut released his first vinyl with Popcorn Records: the Basement Jam EP.
This album foresaw the rise of the young producer, who has since piled up project on top of project, and record on top of record. One of the driving forces behind the D.KO label, and a (literal) key player of the Secret Value Orchestra band, Paul has also thrived on collaborations. Whether with Chez Damier, Jef K, Flabaire… They all fall under the spell of the young pianist’s skill, who has become in just a few years one of the leading figures of French house.
In 2019, Paul joined house legend Larry Heard for his world tour, and multiplied appearances at famed festivals such as Glastonbury, Dimensions, DGTL or Printworks. In 2020 Popcorn Records is turning 10. And to mark the occasion, Paul is coming back to his beloved label to unveil his first album. More than a year of thought and work went into “Le Bal des Douaniers”. An album composed of 10 titles, which all reflect fragments of Paul Cut’s influences. 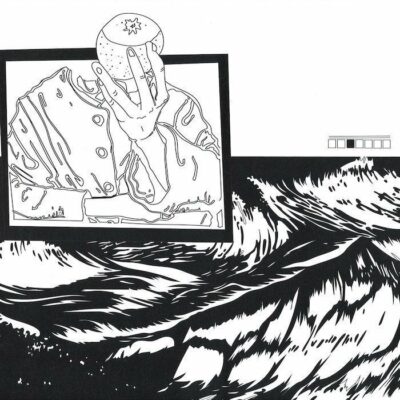