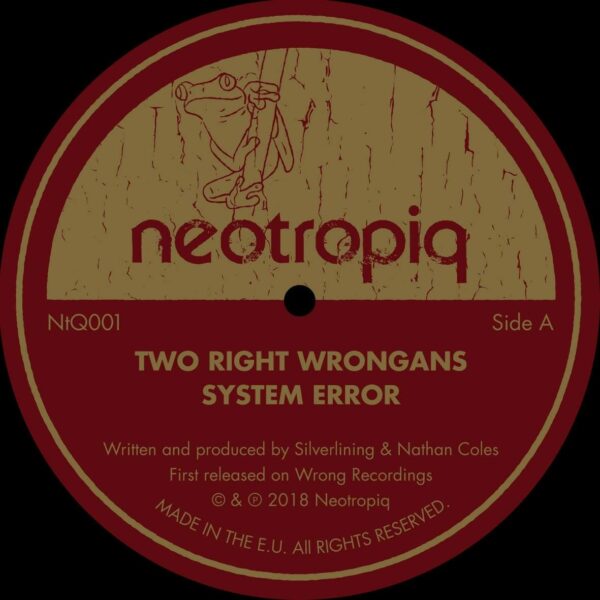 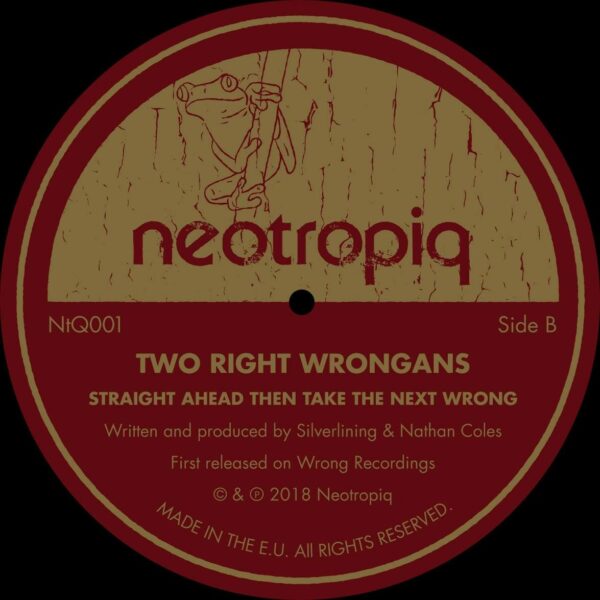 In the early hours of one morning in 1996, Asad Rizvi (aka Silverlining) and Wiggle’s Nathan Coles found themselves marooned on the planet Wrong. They had crossed paths at many of the infamous raves that shaped London’s underground house sound, and opted to take controls at the cockpit of a Brixton studio that, in a single night, yielded ‘System Error’. The two Right Wrongans were hence born.

Their first release, ‘Not Quite Right EP’, rocked dance-floors from San Francisco to Tokyo in a short space of time. ‘System Error’ was further celebrated on Danny Tenaglia’s legendary ‘Athens’ CD. Interest has again been sparked by numerous DJs such as Petre Inspirescu and Ricardo Villalobos playing the track at gigs around Europe during the Summer of 2018. Yet, prices have inflated way beyond accessibility to mortal buyers, and hence this reissue has been chosen to inaugurate a brand new imprinted called Neotropiq. The single has been backed by the devastatingly groovy ‘Straight Ahead Then Take the Next Wrong’. Order with haste, as this one is going to go!