Skip to content
View basket “Gemini Month” has been added to your basket.

Side A’s Just Off Wave throws back to a pioneering moment of Pacific Northwest hip-hop mysticism. It first gained sneaky notoriety as a favourite of local DJs, eventually making it around the world thanks to some—in classic Mood Hut fashion—misplaced CDRs. The track is blessed with the hypnotiq call-and-response vocals of the low-key but legendary Separated At Birth crew —an alias of two Canadian rappers born on the same day. Contract restrictions prohibit us from revealing any more.

Side B features Open Mic Beat, an ecstatic DJ tool centred around an improvised drum machine traffic jam. This tune got its legs at early Mood Hut parties where it became a natural prompt, encouraging microphone-grabbing party guests to step up and freestyle.

Play All
A. Just Off Wave (Feat Separated At Birth)B. Open Mic Beat 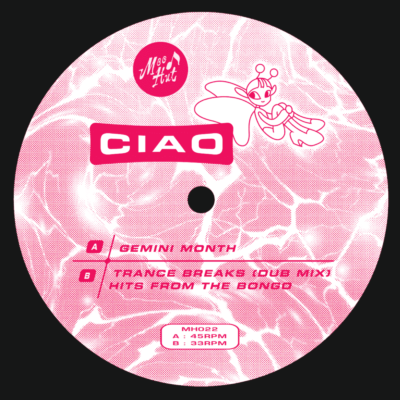