Skip to content
View basket “River” has been added to your basket.

Blood Of An American

It is Melodies International’s greatest pleasure to bring forth its latest reissue comprising two stripped-back, reflective pieces of US folk soul.

Largely forgotten for the past forty-odd years, Bobby Wright (now Abu Talib)’s “Blood Of An American” and “Everyone Should Have His Day” resurface as politically-infused works that shine bright and still hold meaning to this day.

The 60s and 70s constituted an exceptional era for its unique blend of popular culture and political radicalism. Household names such as Sly Stone, Marvin Gaye and Gil Scott-Heron used art to express their discontent with the current state of affairs, namely the US government’s involvement in warfare and their inability to deal with critical social issues of the time. Though not a musician, Muhammad Ali (born Cassius Clay Jr) was advocating a similar anti-government stance in the boxing ring, and his objection to serving in the Vietnam War sealed his status as an icon for the wider counterculture generation.

Meanwhile in Queens, New York City, Abu used to work several jobs as a construction worker and cab driver – but still found time to play with his band in clubs for $100 a night to support his family. Against the backdrop of international conflict and violence, most of his surroundings failed to listen to how he felt. However, he considered music to be the greatest form of communication with the world and it was his belief that a positive message should be spread to future generations.

After one band member was killed in Vietnam and another went into the service, Abu resolved to pick up his guitar and record these songs as a duet in 1974 with his bassist – the only other remaining band member. Combining guitar, bass and a voice that quavers with emotion he self-released the record in 1974, one which holds its own alongside the all-time greats.

These songs of introspection remind us of the beauty there is in simplicity and how moving art can be when the feelings expressed come from the heart. MEL009 will be released in its original 7″ format alongside a 16-page Melozine, featuring words from Abu Talib, social studies professor Paul Rekret and much more.

Play All
A. Blood Of An AmericanB. Everyone Should Have His Day 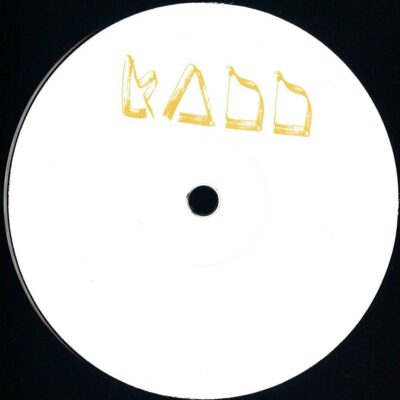