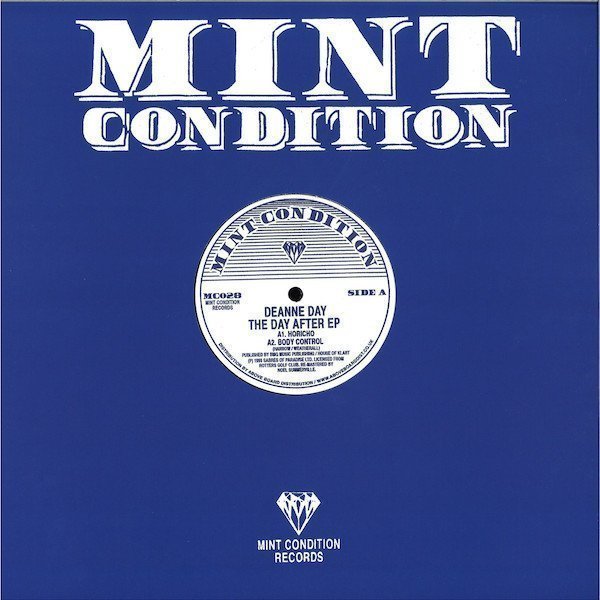 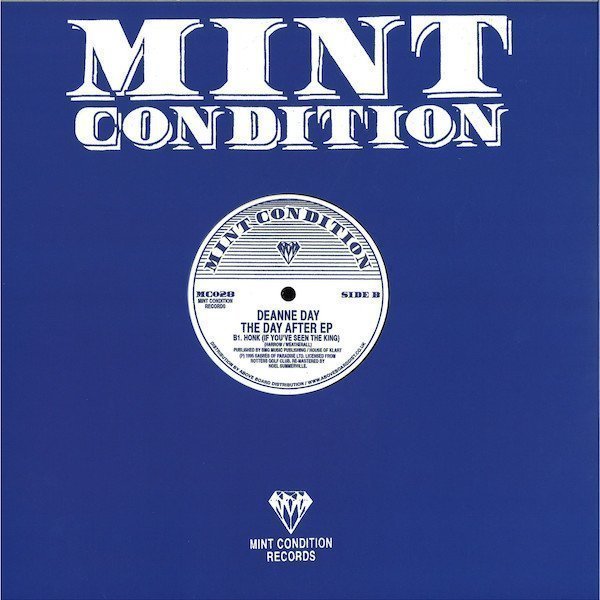 From Chicago, Detroit and New York to London, Croydon and beyond, Mint Condition have got their expert digging hats on to bring you exclusive heat and those rarer than rare jams that have been on your wants list for years! Dig in….

Deanne Day is the unlikely monicker of one Andrew Weatherall in collaboration with heavyweight keys man David Harrow. Although sounding like a long lost blitz era beauty or 1950’s screen starlet, it’s actually 2 blokes jamming in the studio well into the wee hours, to stunning effect! Rewind back to 1995, East London, a lot of people reading this weren’t even born then, but believe you me ‘deep house’ was a real and actual thing and Lord Sabre and crew were at the forefront of it all. Originally released on the Emissions Lo-Fi label, an umbrella operation of the monstrous Emissions Audio Output empire, ‘The Day After EP’ was like a bolt from the blue. Classy, grown up, accomplished even, but still seductive, narcotic and soulful as f*ck, the whole record was a wondrous collision of dubwise sensibilities, dark basement raves and that late night spark of energy we’re all still chasing now, some 20 odd years later. House music, eh? Pretty potent stuff. You need this record in your collection, and the other Deanne Day one. More about that later though!

This, the first of 2 Deanne Day reissues, has been legitimately re-released with the full involvement of Emissions Audio Output and all license holders for 2019 and remastered by Bristol’s Optimum Mastering from the original DAT tapes especially for Mint Condition, courtesy of Lord Sabre & co.100% legit, licensed and released. Dug, remastered, repackaged and brought to you by the caring folks at your favourite reissue label – Mint Condition!