Skip to content
View basket “(f)lute songs” has been added to your basket.

Lucy Railton is a prolific performer who has appeared on countless recordings and collaborations with many important figures in contemporary music over the last few years. Paradise 94 is, remarkably, her solo debut – featuring archival, location and studio recordings which serve as a time capsule of all the myriad disciplines and influences that have brought her to this point in time. It both plays up to and shatters expectations of her music, which harnesses a duality of energies – acoustic/electronic, real/imagined, iconic/iconoclastic, pissed-off/romantic; out of place and androgynous – resulting in a visceral emotional insight and rare narrative grasp. Variegated, asymmetric, and located somewhere between her usual fields of exploration, Paradise 94 gives free reign to aspects of her creativity that have previously been subsumed into collaborative processes and interpretations of other composers’ work. Here, she’s free to probe, sculpt and layer her sounds through a much broader range of techniques and strategies, placing particular focus on non-linear structural arrangements and exploring the way her cello becomes perceptibly synthetic through collaging, rather than FX. At every turn Paradise 94 is bewilderingly unique. The A-side unfolds an oneiric, inception-like sequence traversing temporalities, timbres and tones from what sounds like a spectral ensemble playing on a traffic island in Pinnevik, to bursts of rabbit-in-headlights trance arps emerging from meticulously dissected musique concre`te in The Critical Rush, and a collision of masked vocals, string eruptions and a deeply moving, light-headed Bach rendition in For J.R. On the other hand, Fortified Up on side B tests out a far rawer approach, sampling herself playing the same glissandi over and again, which she layers into a sort of perpetual, sickly motion, the Shepard Tone riffing on the listener’s psychoacoustic perceptions before calving off into a cathartic dissonant folk coda in its final throes. In the most classic sense, you can only properly begin to f*ck with something from the inside once you truly know it. Railton’s dedicated years of service have more than equipped her with the nous and skill to do just that, gifting us with what will no doubt be looked back on as a raw, exposed and important solo debut in years to come. 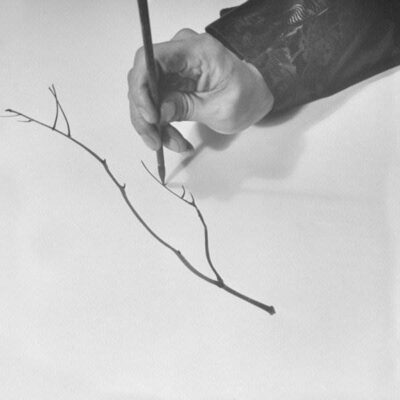