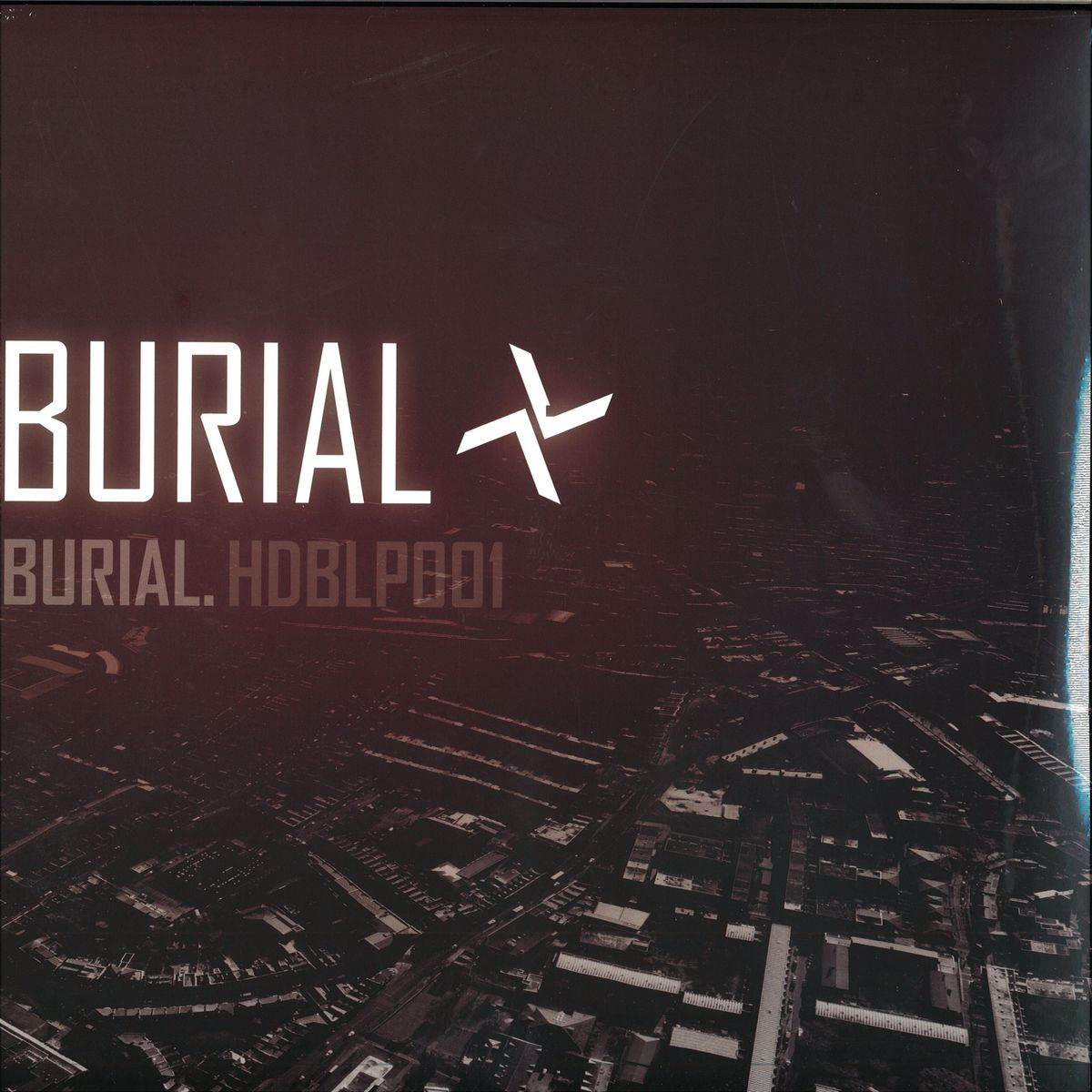 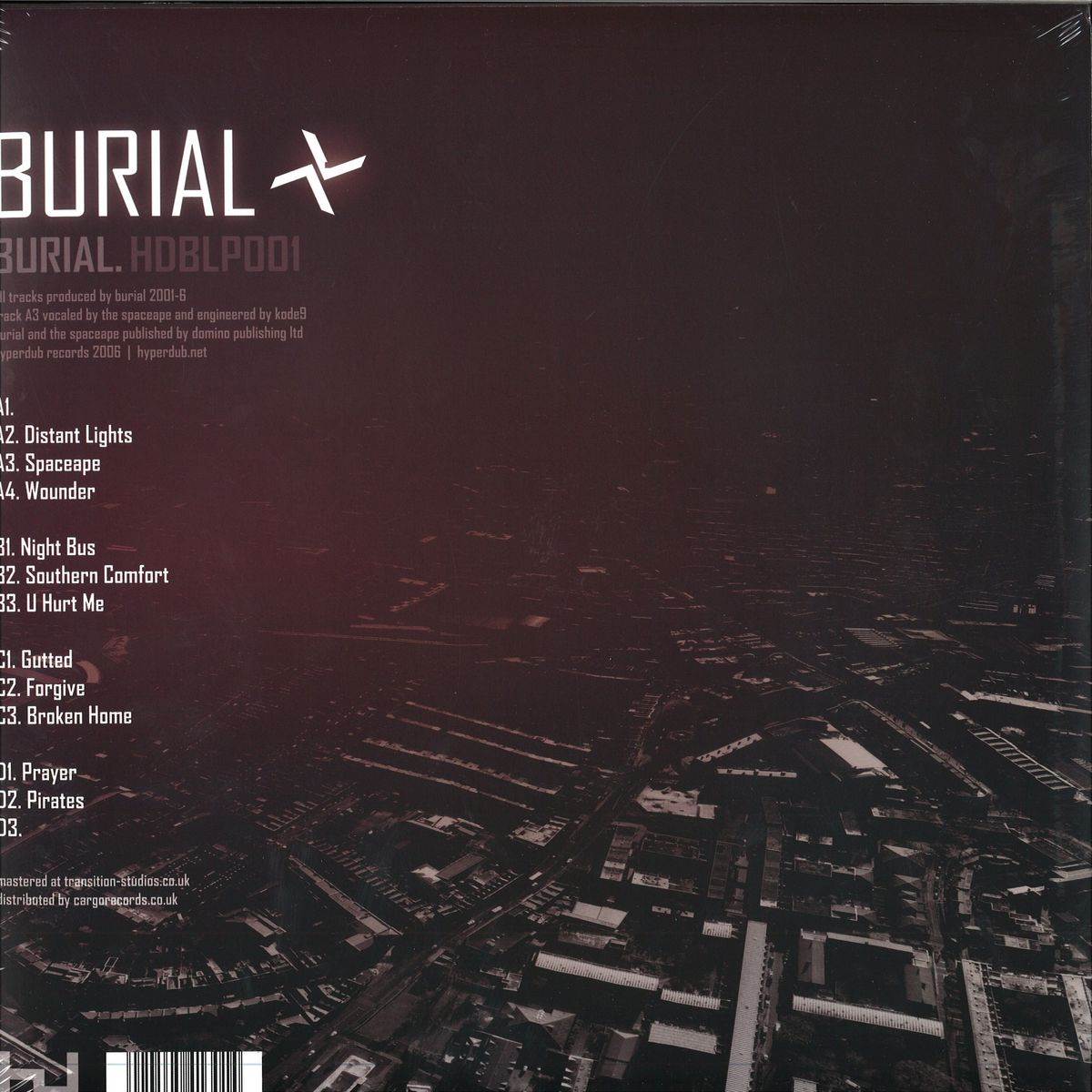 The classic Burial album is re-pressed on 180g double vinyl and. for the first time. updated to include the beatless atmospheric tracks that up until now have only been available on the CD album and the digital album. These new pressings also come with unique codes for free download. Please note – these are not re-issues. theres no new music. nothing remastered – just revised. improved.

This first album on Kode9s Hyperdub label comes from the mysterious Burial. On this selftitled debut, Burial carves out a sound which sends the dormant slinky syncopations of uk garage, via radio interference, into a padded cell of cushioned, muffled bass, passing through the best of Poles Berlin crackle dub.Burial explores a tangential, parallel dimension of the growing sound of dubstep. Burials parallel dimension sounds set in a near future South London underwater. You can never tell if the crackle is the burning static off pirate radio transmissions, or the tropical downpour of the submerged city outside the window. In their sometimes suffocating melancholy, most of these tracks seem to yearn for drowned lovers. The smouldering desire of Distant Lights is cooled only by the percussive ice sharp slicing of blades and jets of hot air blowing from the bass. Listen also for a fleeting appearance from Hyperdubs resident vocalist, the Spaceape unravelling his crypto biography. In its loud quietness, Burial takes his kitchen crackle aesthetic neither from the digital glitch nor merely a nostalgia for vinyls materiality. Instead, as Pirates suggests, Burial crackle mutates the tactile surplus value of pirate radio transmissions. Burials mix is haunted. Echoed voices breeze in and out, on road to another time. Pirate signal from other frequencies steams in. A tidal wave of noise submerging all but the crispest syncopations. The noise is not violent, but caressing, tickling, exciting the ends of your nerves.