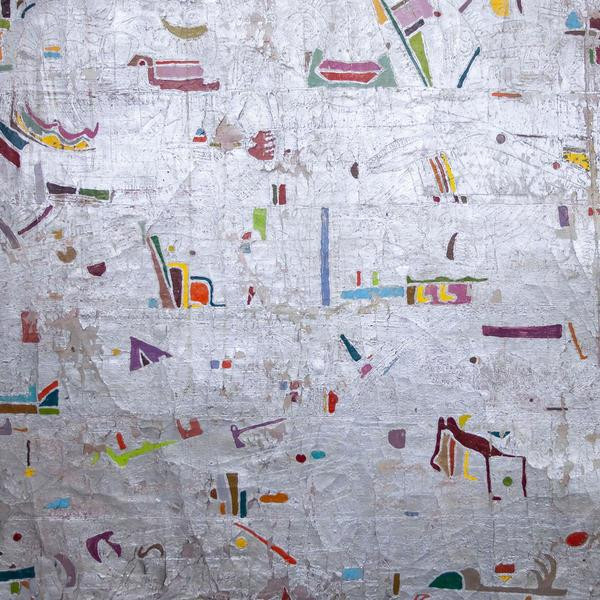 What is the sound of the Russian dub? There is a storied history of attempts to adapt roots music to Russian soil, but most of them can be attributed to reggae (the so-called ‘northern’ variety) rather than dub. Gost has a history with the town of Smolensk. It’s home to Gamayun, whose great album Filterealism was released on our label last year. Now Anton, one of Gamayun’s members, presents his new duo Dubovaya Kolesnitsa (The Oaken Chariot). In his words, it has no connection to his other band at all and is an attempt to go back to the roots of a genre that doesn’t truly exist.

The Russian word for oak, ‘dub,’ looks exactly like the genre, and the chariot emerged from the name for the group’s jams – ‘telega’ – which can be translated as a cart. All the music here is the result of live improvisations: no samples, just instruments (notably Vasiliy Shilov’s bass). These recordings have been slightly edited, and even the almost indecipherable texts are freestyle. There’s no place for real riddims in Russian dub: sometimes this record sounds like something akin to dub variations on underground Russian hip hop (and we mean that in the best possible way).