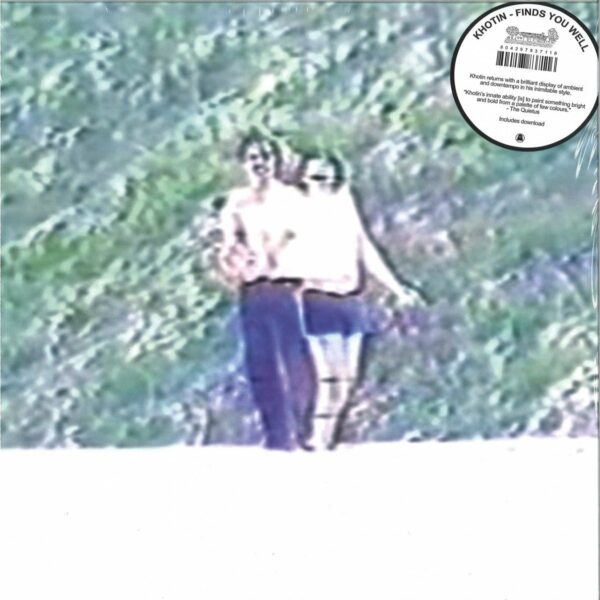 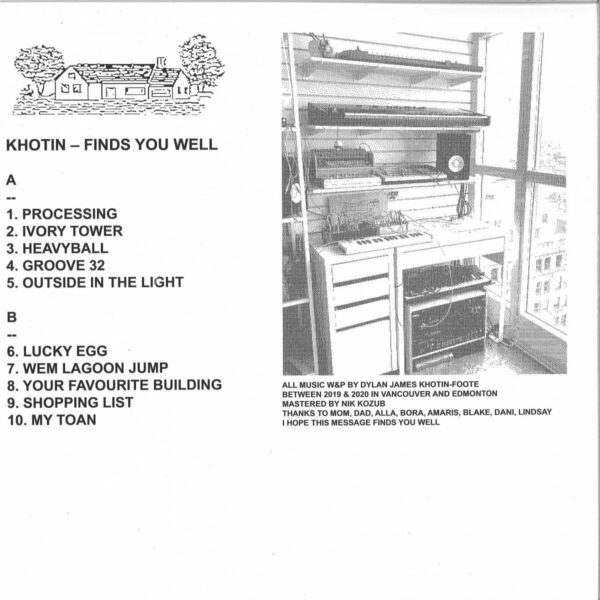 Since debuting his Khotin project in 2014, Edmonton’s Dylan Khotin – Foote has fine-tuned an impressionistic, dream-like style of music that straddles multiple sonic worlds. His output often sways from gentle synthesized atmospherics to hypnotic, dance-minded frameworks. His self-released 2018 LP, Beautiful You, offered a study on melody and memory; the album’s nostalgia-nudging use of passing environments, voices, and abstractions captivated a cult following, a rare 4.5 review in Resident Advisor and the attention of Ghostly International, who pressed the cassette on vinyl for wider circulation in 2019. Now, Khotin reveals his first collection of new material since the signing. The album is a fluid continuation of his blissful and melancholic songcraft, extended humbly and warmly, Finds You Well. As tongue-in-cheek as the title may appear, the phrase has haunted the producer for some time. Most often seen at the start of correspondence, the words “I hope this email finds you well” can land with varying levels of sincerity, depending on context and mood. Khotin-Foote started to read the line more ominously during the onset of the pandemic. So, this set of music winks at both possibilities, mixing a platitude’s opaque optimism with lurking uncertainty. Finds You Well can be heard in near-symmetrical halves: its 10 tracks represent the selections from a bounty of demos that, with less modesty, could have filled two records, one active and the other ambient. The resulting set isn’t an even split but it’s close. RIYL: Boards of Canada, Bibio, Four Tet, Ulrich Schnauss, Gold Panda, Huerco S.