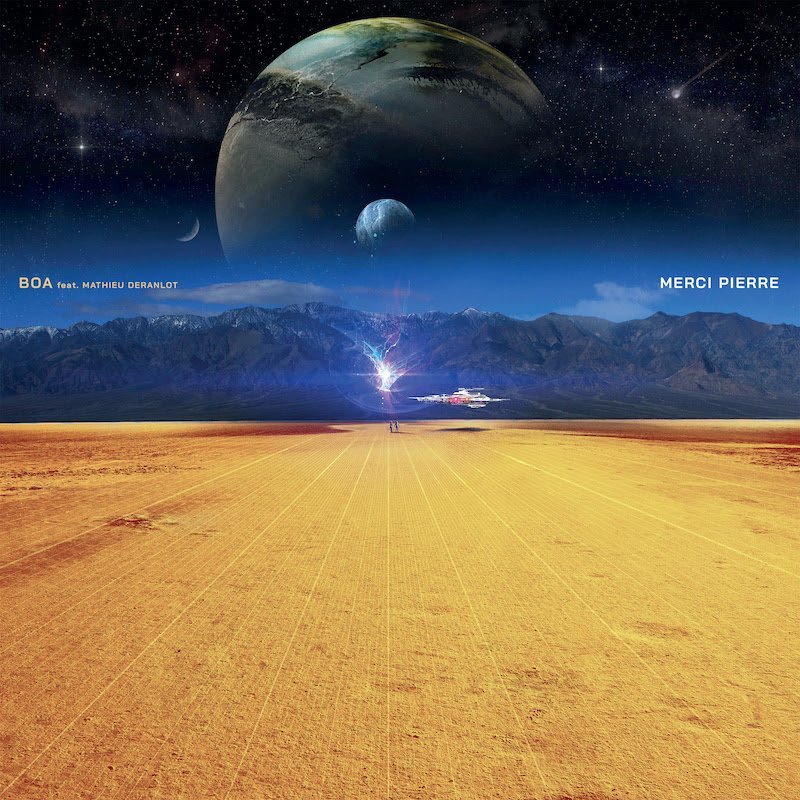 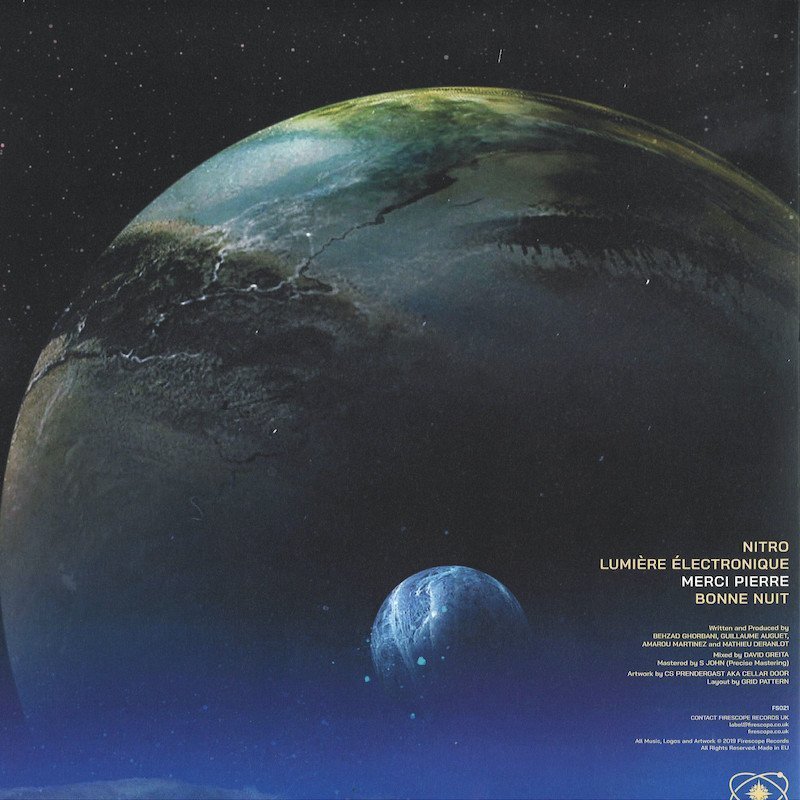 January is an odd month. After all the fanfare of the festive season the new year can seem like a damp squib. To clean away those Christmas cobwebs, FireScope have drafted in BOA and Mathieu Deranlot for their debut.

BOA is the collective of Behzad & Amarou and Ohes, the former pair being long time music aficionados with a residency in Concrete while the latter is a multi-talented producer and founder of Dynamite Records. Joining the trio is Mathieu Deranlot, a classically trained musical pioneer whose dizzying array of accolades include performances in the Palace of Versailles.

Burbling, juddering, whirling, Nitro comes to life with the synthesizer symphonics of the title piece. A beatless composition, the track simmers in a soup of modulated music where strings float across an echoing expanse. Although those softened subtle tones continue into “Lumière Électronique”, now they are cut with a thumping kick and scissoring snare. Toying with the motifs of techno, the work spirals arcs of melody with traditional undercurrents. Percussion takes centre stage for “Merci Pierre.” Bass drums make their presence known immediately, light and nimble keys dancing behind these broad beats. This playful balance gives the track a dynamism that allows these conjurers to paint vivid audio images of thick lush forests and duck egg blue skies. A spread of styles coalesces to create the enigmatic closer, “Nuit.” From plucked strings scented with eastern aromatics, aquatic piano notes and fragile droplets, the finale is the perfect end to this beautifully crafted EP.

Not only have BOA and Deranlot reimagined ambient techno, they have recast the genre’s foundations and reset its very core. In this beautifully profound quartet of electronic music this French group have married styles, given creativity freedom and produced a jaw dropping debut. What was that about January?