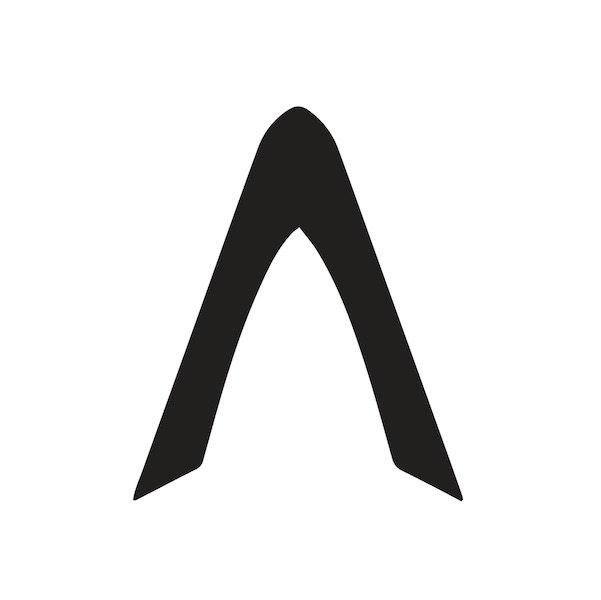 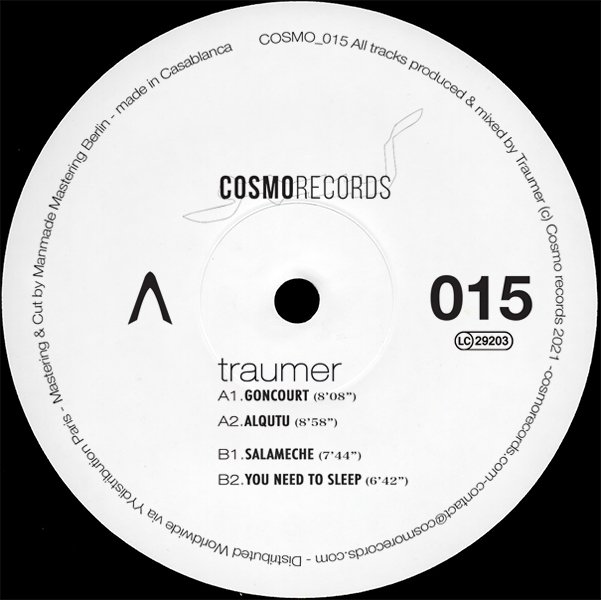 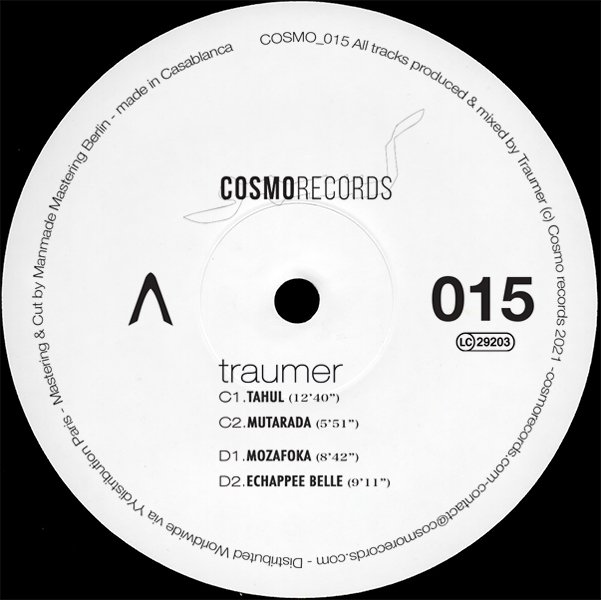 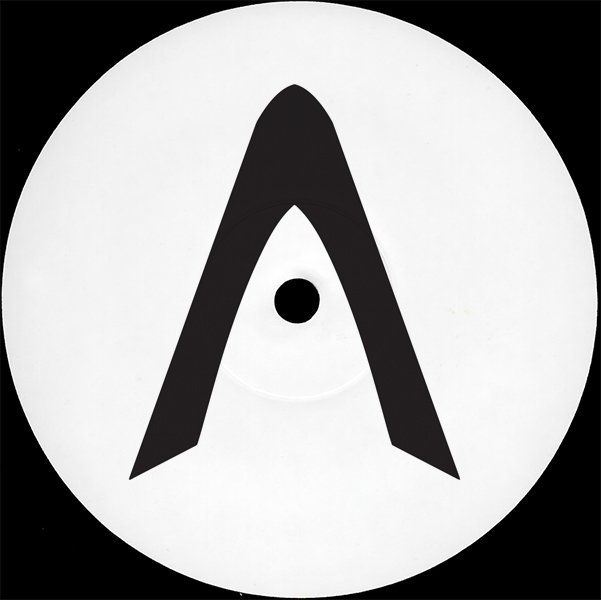 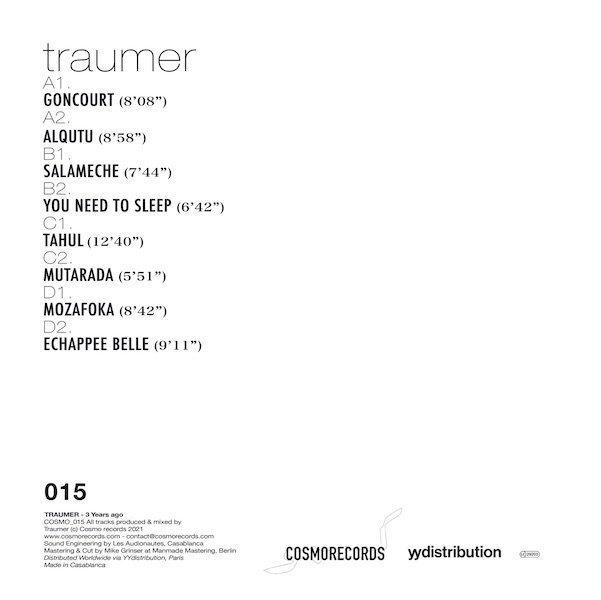 At the heart of Cosmo Records is a desire to explore cross-cultural collaboration as a thoughtful, considered dialogue. Building on previous projects between European minimal house producers and Moroccan musicians, the Casablanca-based label now presents 3 Years Ago, an album project from the supremely talented French producer Romain Reynaud, aka Traumer.

As well as steering his own label GETTRAUM, Reynaud has appeared on Tatum, Subtil Records, Infuse, Lazare Hoche and All Inn, not to mention adopting many other aliases such as Romain Poncet and taking part in collaborative projects such as Adventice and Sergie Rezza (both with DJ Deep). The latter project is a good indication of where Reynaud’s head is at on this new album as he stretches out over nine tracks, moving well beyond the confines of club music to present something expressive and organic, while still retaining his house and techno instincts at appropriate junctures.

The album was first conceived in March 2018, when Reynaud travelled to Casablanca to record with local musicians in the Cosmo studio. Among the artists he worked with were Saad el Bouaamri playing the oud and violin, and Ayoub Senhaji on percussion. He also accessed the considerable archives of past Cosmo sessions to sample additional material, and then set to work crafting a body of music with an expansive outlook.

While tracks like ‘Salameche’ certainly align with Reynaud’s predominant identity in the field of slender dancefloor material, there are a lot of other avenues the album explores. ‘Alqutu’ is a meandering, electrically charged excursion with snappy, jazzy rhythms and a live, in-the-room quality which lends itself perfectly to the deft musicianship from Bouaamri et al. At its most fluid, the project melts between disciplines. ‘You Need To Sleep’ flows somewhere between a shuffled, micro-edited house groove and scatty jazz, thanks in part to some ascendant Rhodes playing. Long form pieces like ‘Tahul’ unfurl and evolve in constant motion, Reynaud’s needlepoint programming forming a framework for a rotating cast of players and their distinctive sounds.

Crossover projects such as these are about strong sonic motifs, and the combination of assertiveness and sensitivity needed to make them fit together. In the swirl of delicate, contemporary production and deep-rooted virtuosity, Reynaud’s great achievement is in making everything sit together so very naturally. It’s the perfect addition to the compelling legacy laid out by previous Cosmo projects, aiming to bring something stimulating and original to the contemporary electronic scene, which taps into the ancient, evergreen qualities of music as a common language.