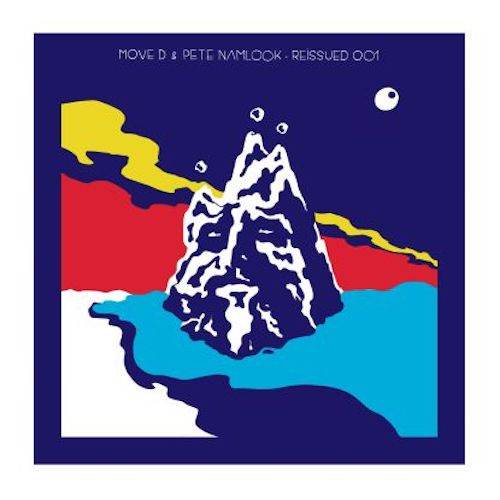 Purist Berlin party and label Away Music is starting a new vinyl series entitled Reissued. It will focus on putting out Move D & Pete Namlook tracks that were previously only available on CD and stand as some of electronic music’s most innovative pieces.

The German pair were ambient pioneers who explored and intertwined psychedelic synthscapes, deep house and techno, future jazz and downtempo on Namlook’s cult Fax Records. Over the course of more than twenty hugely prolific years, the pair put out 24 albums, all of which have stood the test of time. The first limited edition EP features three tracks, two of which come from their Live In Heidelberg 2001 album, and one from their three-part Stranger album series in 2010.

Opener ‘Footer’ is a darkly absorbing piece with menacing bass rhythms and frosted textures. Alien lifeforms drift above the rolling drums and the whole thing is an interplanetary trip that finds modern kinship with the likes of techno experimentalist Donato Dozzy. The majestic ‘Der Bergkönig’ is less linear and more suspensory, with beautiful synth motifs looping over icy pads and building to a celestial crescendo complete with sweeping strings. Closer ‘Stranger’ is an adventurous 16 minute epic that rides on slick deep house drums and phased bass. Pensive piano chords are draped over the top while ambient pads and spoken word snippets add to the cinematic and hypnotic effects.

This inaugural EP is not only a first chance to own these vital tracks on vinyl, but it is also serves as a welcome reminder or fantastic introduction to the seminal work of Move D & Pete Namlook.